The history of Medan from The City Hall Building

 The history of Medan from The City Hall Building

The history of Medan from The City Hall Building

The former City Hall building is known as a symbol of the glory of Medan in the past. 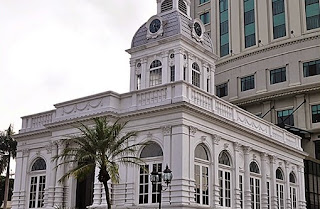 Kota, Medan, still looks majestic standing. The Greek style pillars on the front of the building are wrapped in all-white color so they are elegantly seen. Despite being hundreds of years old, the air of Medan in the past can still be felt from its European-style architecture in the early 20th century.

The former City Hall building indeed has its own uniqueness compared to other old buildings in Medan. For example, in the tower section there are clocks and bells made by a factory in Van Van Belanada which were installed in 1913. This clock was donated by Tjong A Fie, a Chinese merchant who had successfully built a plantation in Deli Land. 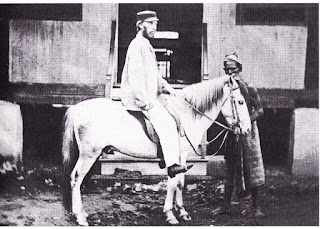 When Mahmoed Perkasa Alam Shah’s leadership was the Sultan of Deli, Jacobus Nienhuys was entrusted with establishing a tobacco plantation in the southern part of Labuhan under the Deli Maatschapij Company. 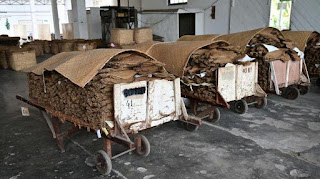 The arrival of foreign traders and increasing urbanization of the indigenous population had a positive impact on the economy of Tanah Deli. Seeing Medan, which at that time was called the Medan Putri village, progressed, the development of facilities and infrastructure was needed, including the Medan City Hall building.


With the increasingly crowded trading activities and community communities of various ethnicities, the Dutch East Indies colonial government moved the Capital of the Deli Resident Assistant to Medan in 1879. Not only that, in 1887 the capital of the Resident of East Sumatra from Bengkalis was also moved to Medan including the Deli Sultanate Palace which was originally located in Kampung Bahari (Labuhan) also moved along with the completion of the construction of the Maimoon Palace on May 18, 1891, so that the Deli Capital had officially moved to Medan.


In 1915 the Residency of East Sumatra was upgraded to Governor. In 1918 the city of Medan officially became Gemeente (City of Praja) with the first Mayor, Baron Daniel Mackay.


Well, for those who want to experience the atmosphere of Medan Tempo, you can visit D’Haritage Cafe at the Grand Aston City Hall.


During the Dutch colonial period, this clock always tolled once every hour and became a clue of the time around the past Merdeka Square area.
This building was formerly used as the seat of the Dutch East Indies colonial government which was built by CM Boon, a Dutch architect in 1908, most recently used as the Medan Mayor’s office in 1990 and since 2005, changed its designation to D’Haritage Cafe under the management of Grand Aston City Hall.


“In accordance with our vision, this is a solution to save the City Hall building. Luckily there is a businessman who wants to build the Grand Aston hotel. The Pemko Medan has also shown its commitment not to destroy the building,” said Hairul, Chief Executive of the Daily Heritage Agency of Sumatra (BWS).


BWS is a non-profit organization that has been very keen in fighting for the preservation of historical buildings in the city of Medan, one of which is the former Medan City Hall building.